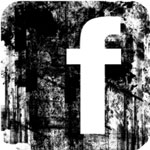 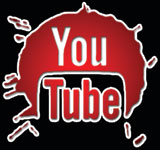 Aaron Wayne “Storm” Anderson, formerly known locally as the “King of Halloween”, has a growing audience among Dark Art and Horror Art Collectors and Fans. Born 1974 in Havre, MT to Ted and Bonnie Anderson, A.W. Storm Anderson has always gravitated toward those things that are darker in nature. This didn’t come as a direct influence from his parents in any fashion. Of course, this was reflected in his earliest of creative expressions that often went misunderstood by his parents. However, thanks to certain teachers in his elementary years, it was encouraged to nurture those monster manifestations noting that, so long as the young Anderson maintained a clear understanding of the difference between dark fantasy worlds and reality, it may one day prove to develop into a prosperous career.

He attended Idaho State University in Pocatello, Idaho for Fine Arts during which time he was a part of two university gallery exhibitions; “Progressions Through My Dreams at ISU” in the Mind’s Eye Gallery, October, 1997, and “eXperience, eXperimental, eXpression,” with Laura Zuber in the John B. Davis Gallery, 1999 ce. In April of 2001, Storm moved to the Salt Lake Valley where he discovered and married Witch Renee. Together, they’ve co-owned Art on You Studios – Tattoos Piercings, & Needful Things on Historic Magna Main since October 17, 2009, which they decided to open after their nearly five year experience with Attatude Tattoo, where Storm was both an Artist and Manager.

In July of 2011, the devilish duo unveiled their vision, the “Halloween in Summer Festival”. While the inaugural event was merely a party, it grew, evolved, and far exceeded what they initially envisioned to become a highly anticipated event with Artists, Entertainers, Creators, Haunters, Cosplayers, Trick-or-Treaters, Halloween Enthusiasts, garnering huge Sponsors such as Warner Bros. “IT” and “Annabelle: Creation”, Sony Picture’s “Hotel Transylvania 3”, FanX (formerly known as Salt Lake Comic Con), Coors/Coors Light, Jerry Seiner, Fear Factory SLC just to name a few.  The 2016, 2017, and final festival in 2018 each has estimated attendances of 20,000 over the course of the event day.

From November 1, 2013 to October 1, 2014, Storm engaged in an incredibly ambitious project whereby he created an art piece with a Halloween element incorporated into it every day for that entire year. The pieces were subsequently photographed and accompanied by additional text and stories, and compiled into his book appropriately titled, “365 Days of Halloween” which, after finding a reasonably priced printer, was published by Dark Moon Press and released in July of 2016. It’s a remarkable 376 full color pages and available in the Storm Artworks Store!

In the Summer of 2016 ce, Storm debuted his latest project, Storm Artworks as an outlet for his creepy, occult, horrific, Gothic, ghoulish lowbrow, Halloween, and darkest of creations. He wanted to push himself as an Artist to produce ever darker artworks for those who appreciate them as much as he does. This site is dedicated to featuring those images and offering a variety of Storm’s works to Collectors and Fans.

Horror movies, heavy metal and dark classical music, terrifying literature, infernal philosophies, and all things Halloween are the primary influences of A.W. Storm Anderson’s original artworks. He often jots down a note after viewing a horror film or reading an article in a horror magazine. Storm has a home studio in which he has surrounded himself with inspiring, terrorific décor. And when he creates new art with evocative music in the background, he’s never starving for bloody good ideas to put onto canvas, paper, or any medium he chooses.

Articles regarding his original artwork, tattoos, and personal endeavors have been published in online and print periodicals such as Rue Morgue, Gothic Beauty, terrortube.com, The Ninth Gate Magazine, IN This Week Utah, The Salt Lake Tribune, Salt Lake City Weekly, The Magna Times, Tattoo Savage, and Skin Shots. Storm has also been featured in books, and has appeared on radio, television, podcasts, and YouTube shows for interviews about his work a number of times.

Storm, who has been recently hashtagging his Instagram images of himself and Witch Renee with #BaronandBaroness, is also proud to be Dad to three beautiful daughters, Grandpa to two granddaughters, is a Church of Satan Warlock, former President of the Magna Chamber of Commerce, and looks forward to the future with the Team of Body Art Sorcerers at Art on You Studios.  And if it’s after hours, you may catch Storm out with Witch Renee at a local concert, indulging in fine food and drink, or viewing a creepy movie.